Finding a Relationship between Accelerated Shortening of Telomeres and Cancer Diagnosis 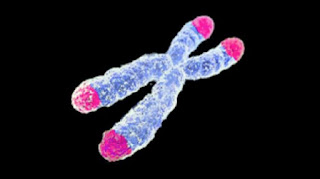 Telomeres are protective caps at the end of chromosomes which shorten as we all age. It is widely theorized that the rapid shortening of telomeres increases the number of errors during DNA replication, which leads to higher rates of cancer. Now thanks to research at Harvard and Northwestern University a precise way of predicting a future cancer diagnosis using the rate at which an individual's telomeres are shortening.

Research indicates that telomeres age rapidly in those who will develop cancer. The telomeres stop shortening four years before the cancer is actually developed. This is a great advancement in the field of predictive medicine because if the right tests are put in place, a various number of cancers can be caught much earlier than it would now with current diagnosis methods.

Farris Taha
I am a fourth year Biomedical Engineering major at Georgia Tech.